East Crete is the most calm area of the island and has a different character. Mountainous and beautiful beaches but also desolated and rough moon-like country sides. It’s the most dry part of the island as rains usually comes in from the West. And that has an impact on its nature especially in the up most South-East part. 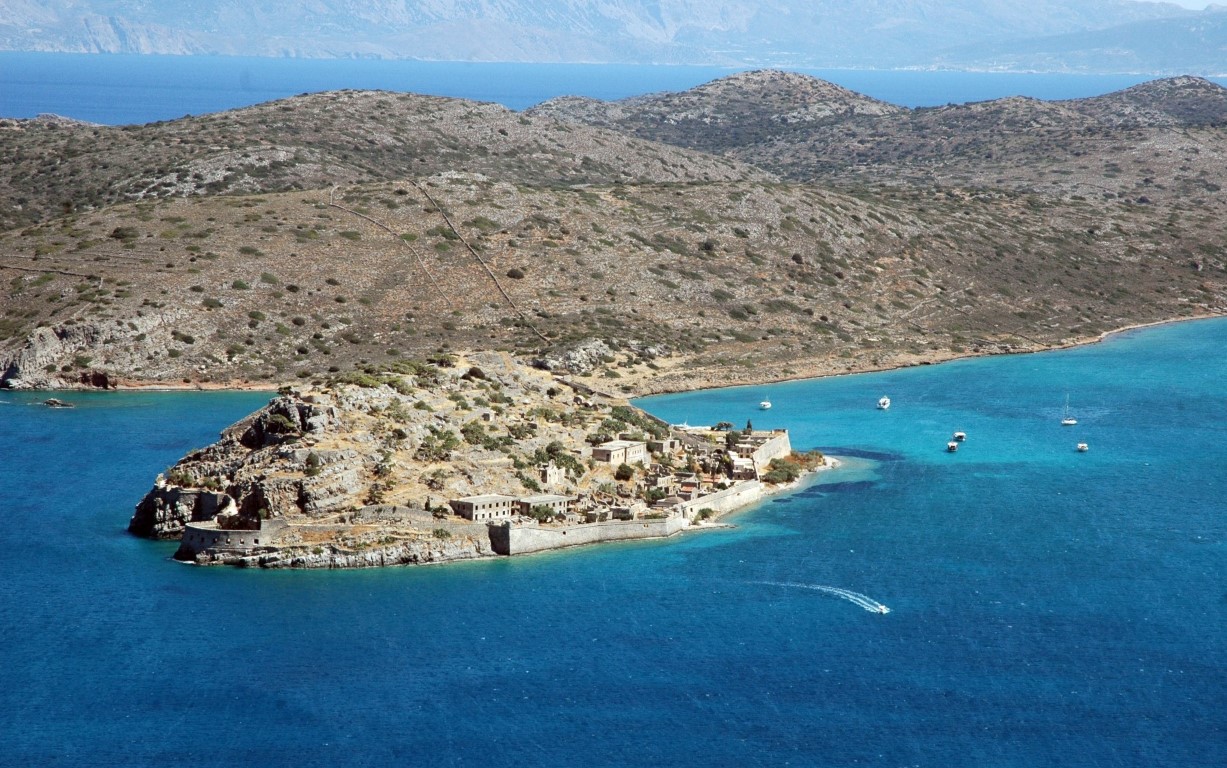 Not far away from Gouves is the Lassithi high plain. A vertile plain at aprox. 850m and 40km2 in size. Irrigation used to be done by hundreds of traditional wind mills which was an incredible view till they disappeared in the 90’s. There are several traditional villages (very good wood oven food) and near the village of Psichro is a stalactite cave where, as mythology claims, the God Zeus was born. It’s is a beautiful cave and open for visitors. From Lassithi plain we drive down towards Neapoli and continue to the small fishing village Elounda, now resort area with many luxury 5* hotels. It has a small square surrounded by shops and restaurants and active fishing port. The village became known after the series ‘who pays the ferryman’ that was shot partially in this village. On a stone’s throw distance we find the small village of Plaka with the island of Spinalonga directly opposite of it. Here is a good parking space to spend the night. Spinalonga was built by the Venetians in 14th century and hold resistance to the Ottomans for over 50 years. During the first half of 20nd century it was a place of exile for leprosy patients, at that time a very contagious illness. This gives the island it nickname Leppard island. 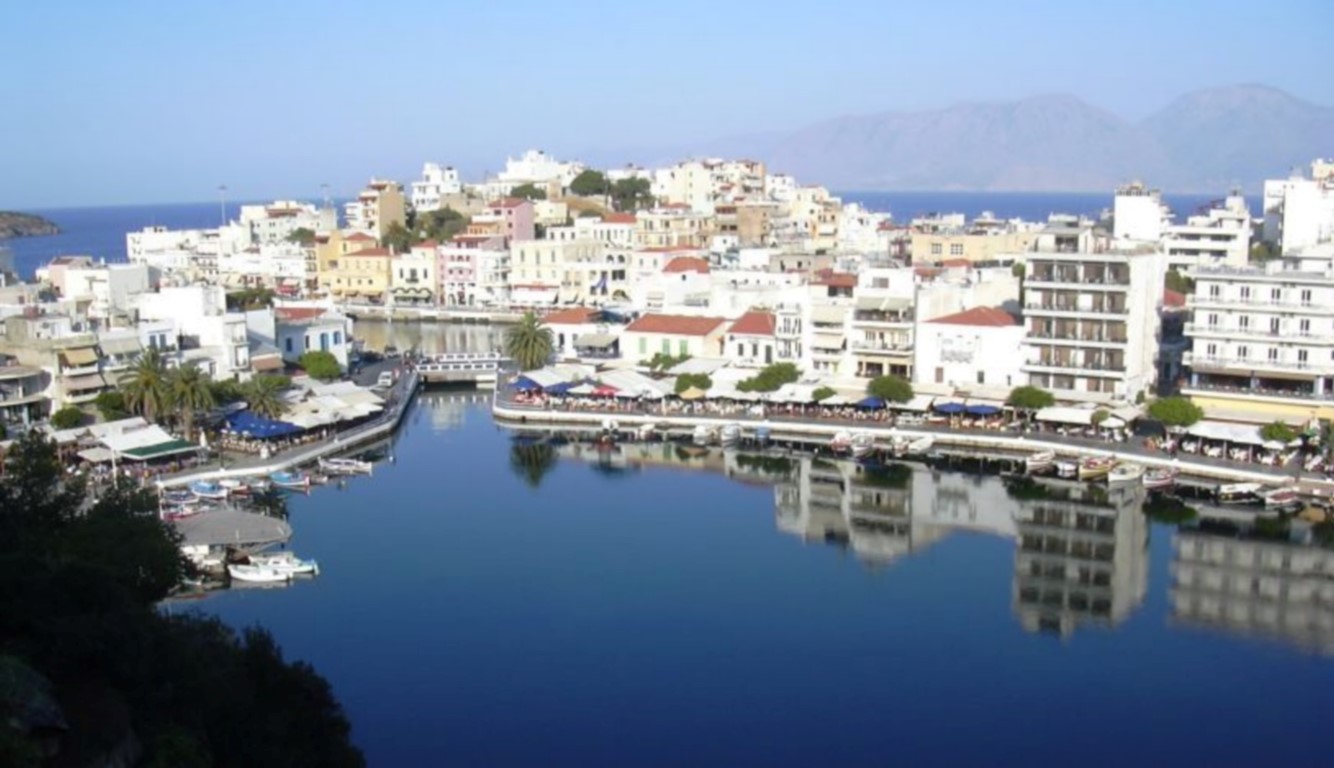 Day 1. Agios Nikolaos is the capital of the region of Lassithi and a picturesque port. It has a small inner lake Voulismeni which is connected with the sea by a small canal dug in 1870. According a legend the goddess Athene bathed here and the bottom of the lake is endless deep. The city center has many small shops and taverns and one of Crete’s best marina’s. Via the main route we drive towards Sitia in the East. Around the village of Istro are some very nice beaches. Half way our trip is an intersection to Irapetra, a point where the island is at its smallest, only 12km wide. But we continue East, a windy road with magnificent views over Maribello bay. You can take a left turn and go to the small village Mochlos near the sea for the night. 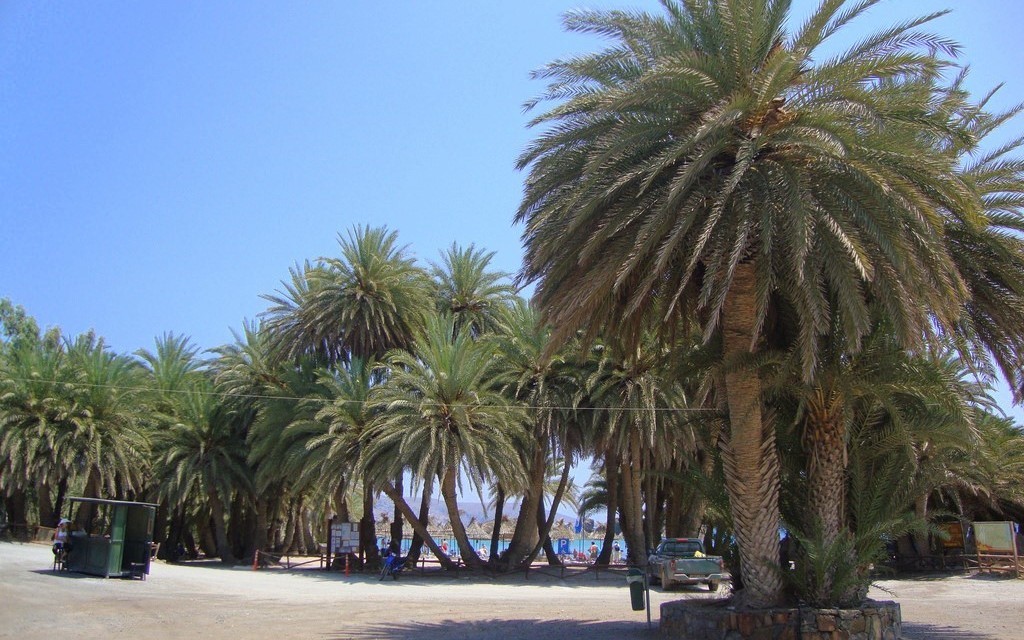 Arriving in Sitia, the most East city of Crete, we take advantage and do grocery shopping and take time for a stroll along the marina. Even might go for an early lunch. We continue East to visit the palm forest and beach of heavenly Vai, once place for the tropical Bounty commercial. Especially out of season worth a visit but overcrowded in July and August. Erimoupolis is a good alternative. We drive towards the bay of Kouremenos with it’s remarkable red sanded beaches to find a spot for the night. 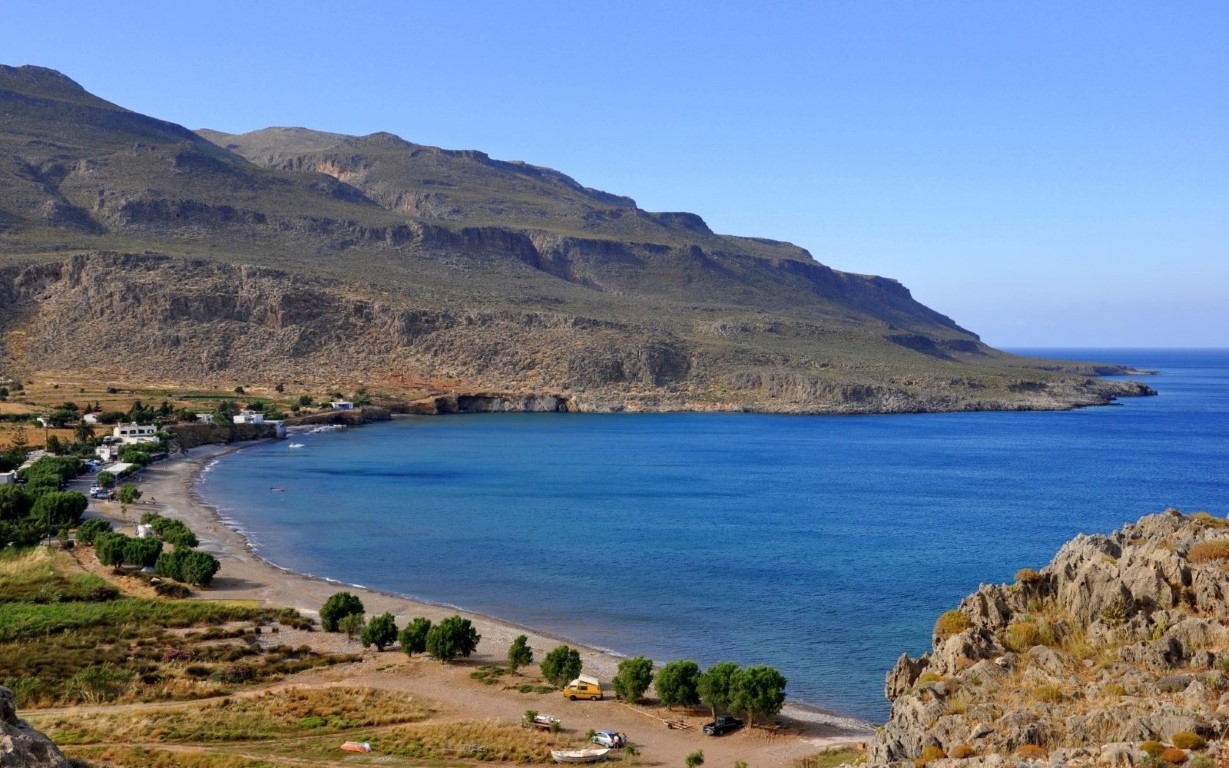 An empty road brings us all the way to Zakros to walk the valley ‘of the dead’, an easy going canyon of 2,5km and can be walked almost year around. The path begins south east of the village and leads to the Minoan palace of Zakros. After lunch we continue the emptiness and go to the sandy beaches around Xerokambos. Maybe we even can set up a camp fire at the beach! 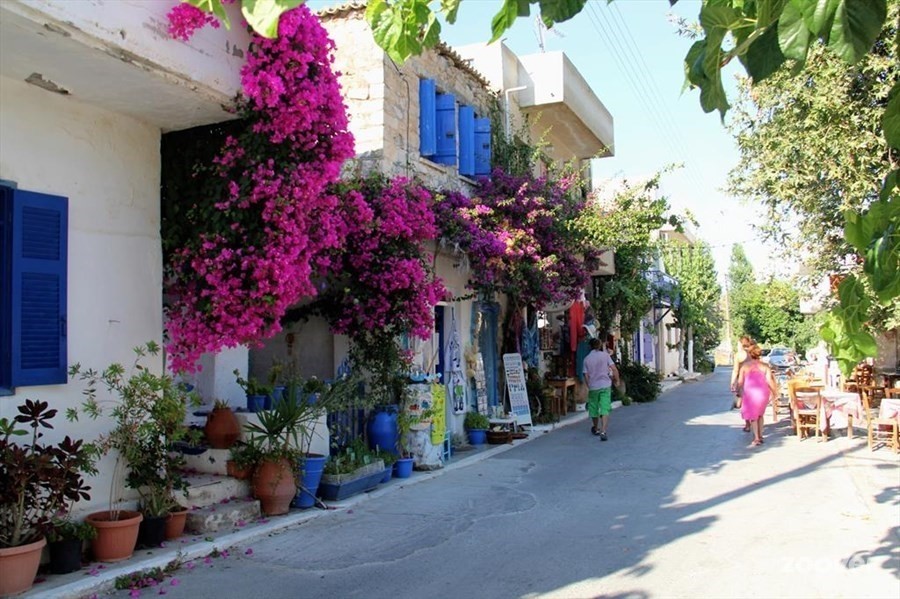 Leaving Xerokambos we go land inwards driving lonely roads in a moon like rough terrain. We drive up towards Kapsa Monastery for a swim and enjoying beautiful views. Close to the Kapsa Monastery is the Perivolakia canyon. Not a very familiar one and thus very calm. The 4km track is not to heavy and you’ll find spectacular high towering walls. Driving West we pass Irapetra, Europe’s most southern city but not an impressive one. Maybe good for a quick stop for groceries. We rather continue towards Mirtos, a picturesque and colorful village with small streets, nice shops and good restaurants at the waterfront. But to find a nice parking spot (streets in Mirtos are too small to pass with a campervan), best is to drive all around Mirtos and take a turn for Tertsa. The road from Tertsa towards Mirtos is asphalt and you sure will find a nice parking spot. ( An alternative could be a stop at the only camp site of the East, Koutsounari, just 10km before Irapetra) 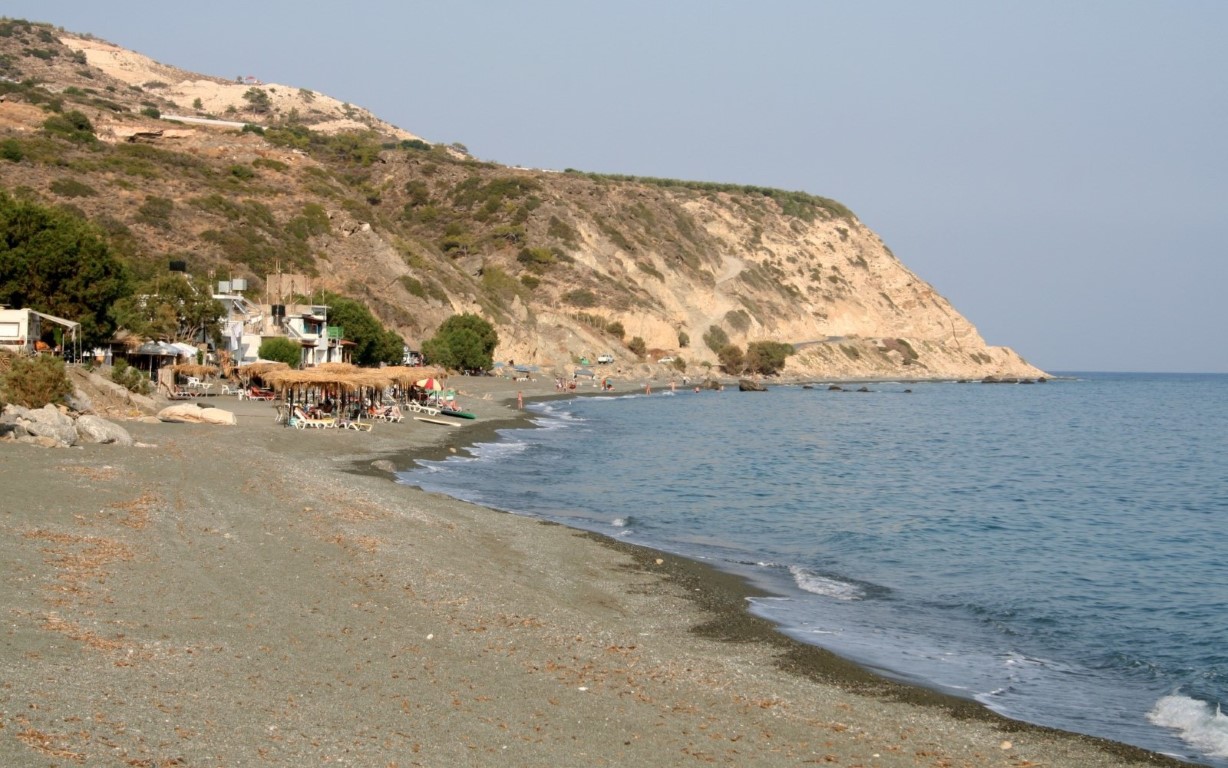 The choice is yours: visiting the beautiful golden beaches and crystal clear waters of the island of Chrissi? Walking the imposing Sarakina canyon? Or go easy and drive up to Viannos and have a ice cold Frappé under the large plane tree in the center of this small mountain village. You might also take time to drive up towards the small Omalos plateau near Kato Simi, unknown even to many Cretans, and enjoy serene quietness. In the afternoon we drive towards the southerly coast and find ourselves a nice camp spot near Keratokambos and Tsoutsouros. 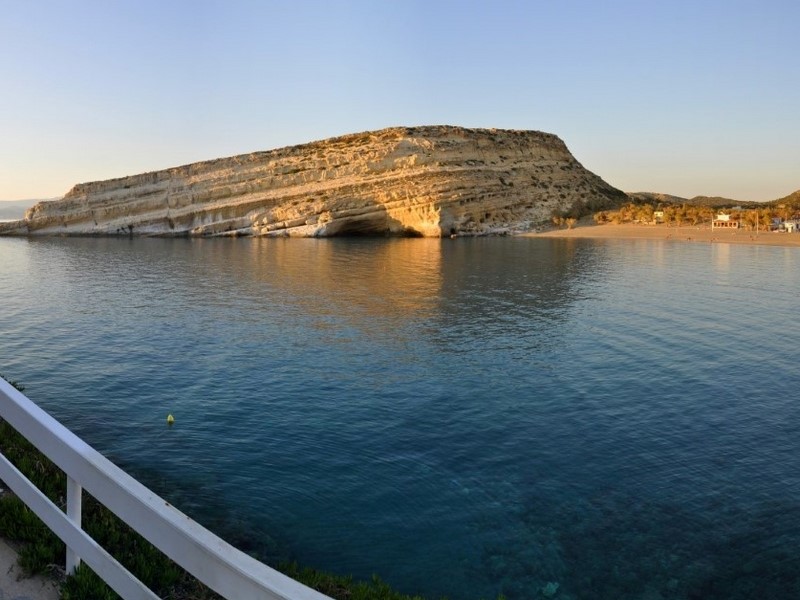 Today we make miles driving towards our final destination Matala. We pass the fertile Messara valley where you’ll find thousands of acres with olive trees. We pass the Archeological site of Gortyna, once capital of Crete and place where the Romans built the first Basilica of Crete. We also pass the Minoan palace Phaistos, definitely worth a visit. Matala is famous for its caves where the hippies used to live in the late 60’s and early 70’s. It’s quite touristic and might be more busy as you wish. There is an official camp site but open only in high season. Alternative spots are the camp site of Agia Galini or stop at Kommos beach, a long stretched sandy beach next to Matala